I was overwhelmed with all of the amazing cars at the Classic Legends car show. Row after row of candy covered American Lowriders, in Japan! Walking down one isle this Monte Carlo named Maria Rosa, stopped me in my tracks.  Owned by Atushi Takasawa , he is a member of Lafelis Car Club. This Monte had the look that I remember very well.  In the early days people were buying new or near new cars, installing “lifts”, spokes, and sometimes they painted their new ride. Clean original paint was acceptable, but it had to be a nice color, maybe with some “stripes” added to enhance the look. For little money you had a nice ride. This car hit that nail square on the head. Not over done, simple and understated, classic good style. There were a few guys standing near the car setting up it up for display, a Lowrider pit crew, if you will. I am sure one of them was the owner, but all of them wore a huge smile as I took pictures, they were all proud of the car.

This is one car I really would liked to have seen cruising at night under Tokyo street lights. 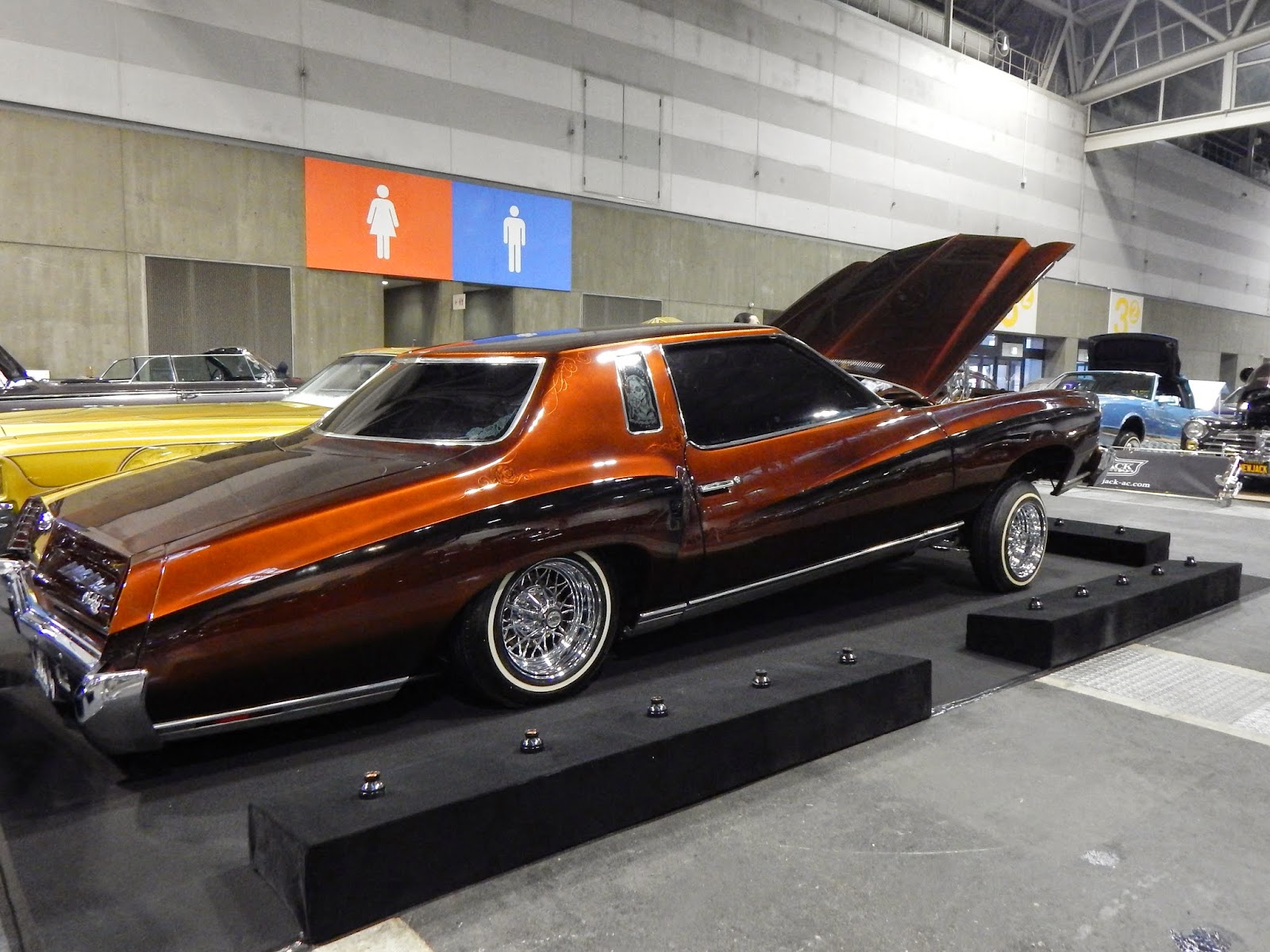 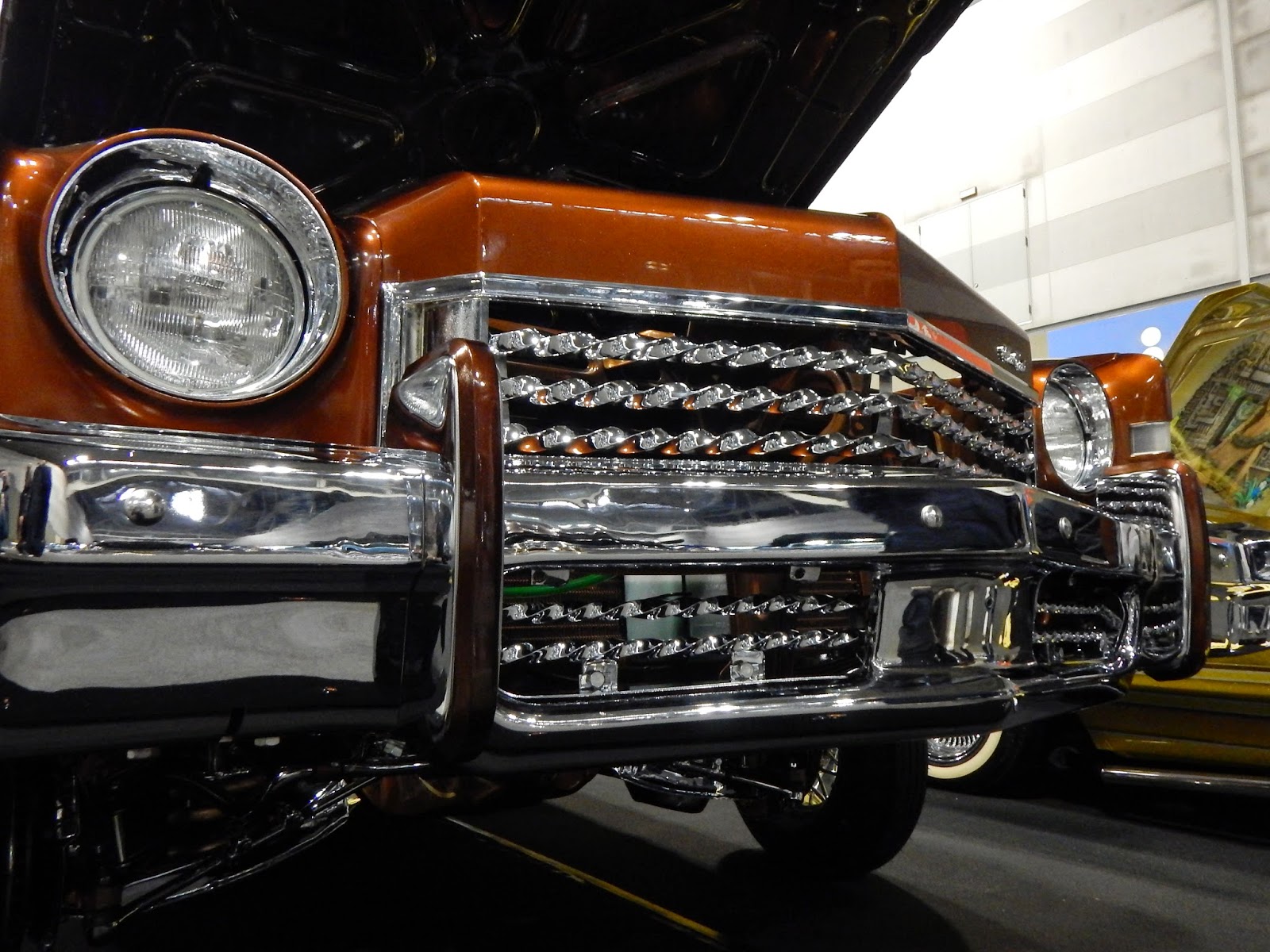 this picture from NG Araki 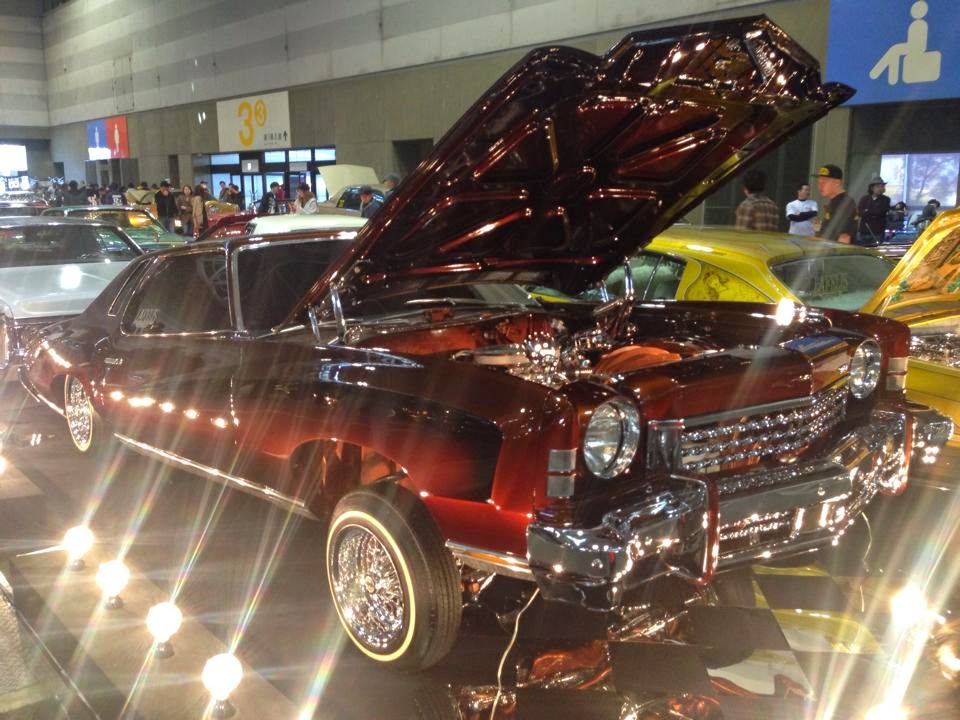 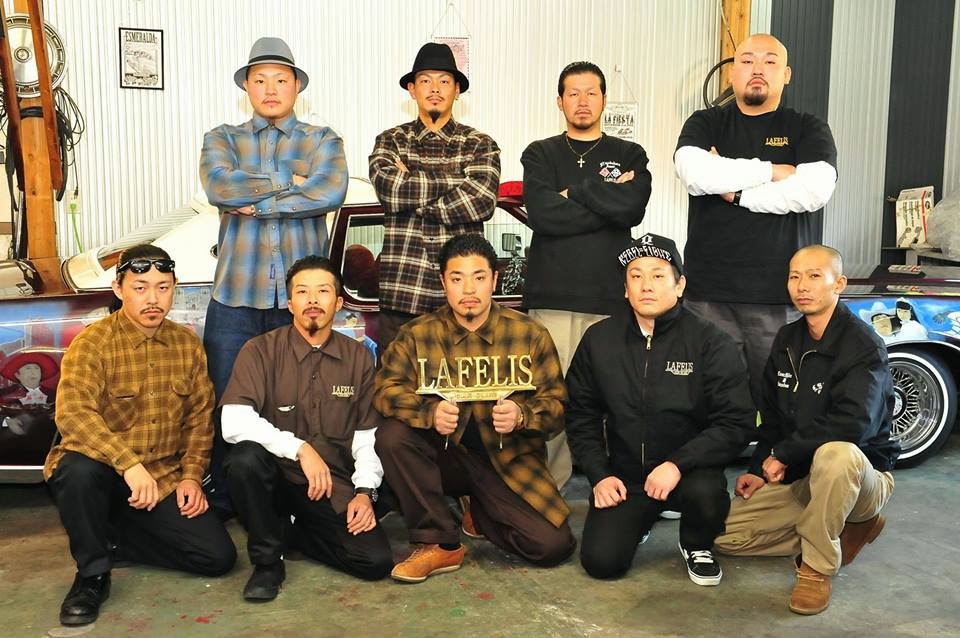 Atushi Takasawa, owner on the left. 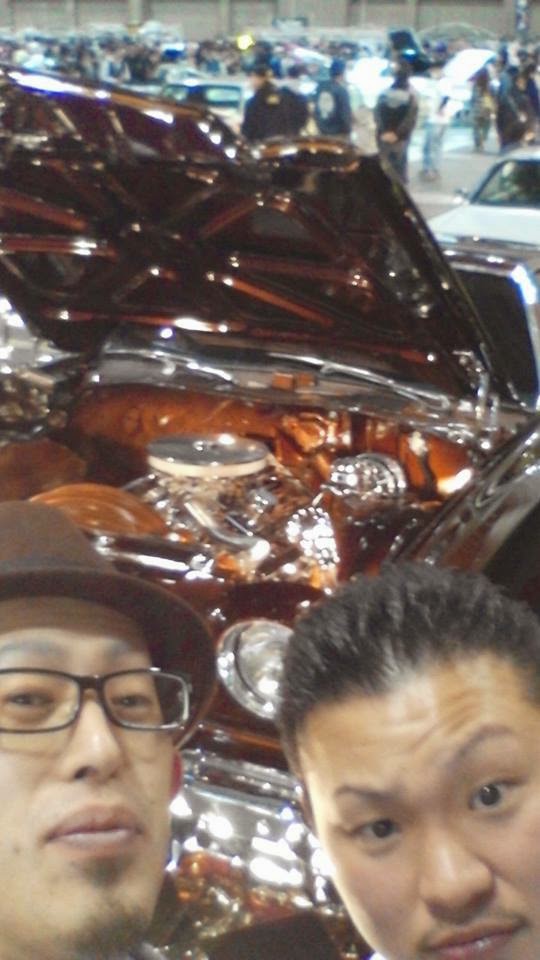 CUT, HAMMER, WELD, DRIVE!
Stories, pictures, inspirations and observations of life though the eyes of a car guy. Born, raised and living in Los Angeles. I'll share the people, cars, customs, lowriders, hot rods, art, and the things I stumble upon everyday that interest and color my world.
Enjoy the ride.